Warning: "continue" targeting switch is equivalent to "break". Did you mean to use "continue 2"? in /usr/www/users/asisau/wp-content/plugins/seo-ultimate/modules/class.su-module.php on line 1195 Warning: session_start(): Cannot start session when headers already sent in /usr/www/users/asisau/wp-content/plugins/custom-sidebars/inc/class-custom-sidebars-explain.php on line 55 Our History | ASI Southern African Union Conference
Call us : 046- 645-2490
Mail us : admin@asisauministries.org.za 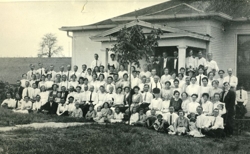 ASI’s history is rooted in Madison College, an Adventist self-supporting institution established in 1904 near Nashville, Tennessee (USA) by E. A. Sutherland (who later became ASI’s first president) and Percy Magan. As Madison expanded, it began to plant satellite schools and institutions around the country. In 1947 these self-supporting entities (about 25 of them) formed the Association of Seventh-day Adventist Self-Supporting Institutions, or ASI.

At that time ASI members were educational or health outfits.  ASI’s main goal then was to unify the work of self-supporting lay workers and ministries and strengthen their ties with the Seventh-day Adventist denomination they served. Over the years however, ASI membership began to include Adventist business owners and professionals who shared ASI’s vision for lay-driven mission work. Thus in 1979, to better reflect ASI’s diverse membership, the organization’s name was changed to Adventist-laymen’s Services & Industries. 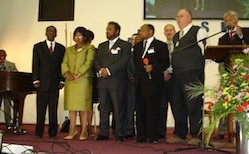 In Southern Africa, there was a two-step process toward the formation of ASI.  On 18 May 2003, the Southern Africa Union Conference (SAU) Executive Committee formed Adventist Professional & Business Association (APROBA). Four years later (in June 2007), the Committee voted to realign APROBA with the General Conference’s ASI Model.  ASI-SAU was then officially launched in Bloemfontein over 23-26 October 2008.